This is the meeting of two adventurous women evolving in the artistic sphere, browsing the universe of creation, research, innovation and culture with this same pursuit for excellence and emotion.

One makes art her job

A Robinsonne who owes her real breakthrough to fashion and decoration. The fashion design by drawing models for the ready-to-wear and the ornament by giving a new life to furniture found in flea markets.

A drawer, a hunter and a handyman… also a scrubber!

Painting slowing becomes a second nature, instinctive and spontaneous, with an energy which has never flagged her, sharing her joys and sorrows, her feelings and her “bat temper”.

Carole lives with art on a daily basis, it’s her leitmotiv and she shares it with the artists she meets, presents and promotes within the Robinsonnes gallery. 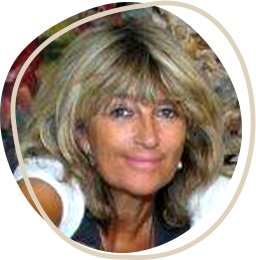 A meeting with Anne-Emmanuelle Lugrin, who became a very close friend, loyal to their worldview, to present a vision of art somewhat unusual, on the fringe of the stereotypes, of the chilches. A “free” approach, audacious and independent that allows the artist to share her artistic emotions with her clients, whether they are neophytes or experts.

Carole is an entrepreneur with a dynamis, listening skills and sensitivity that contribute to the gallery’s influence.

To make art affordable to all, to ” mainstream ” it, to divert it or reconsider it, to seek out and support young talents, a certain approach which reveals a will, shared with its collaborator, to go to the meeting of the other, to invite him to the journey, a journey in the cultural sphere.

The other one makes art her job

In 1651, Robinson Crusoe left York, England, against the wishes of his parents who wanted him to become a lawyer, to sail. This is how he became the owner of a plantation in Brazil, then in Venezuela.

Anne-Emmanuelle went the opposite way, she left the colors and scents of her childhood, gave up her dream of becoming a museum curator and became a doctor as her parents had hoped.

You will surely admit  that her journey is less adventurous than Robinson’s. But the story doesn’t end there, Anne-Emmanuelle’s direction is towards marketing and communication and she develops her innate sense of creativity, full of emotion and sharing.

She has chosen to live her job, giving it another meaning, practicing it as an art, she is rejecting the limits of rationality, refusing a certain form of “linearity in daily life”. 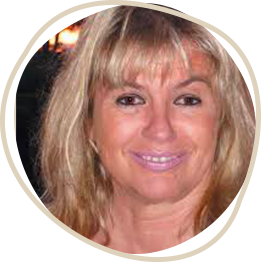 At the same time, she is committed to multiple challenges, physical such as the Rallye des Gazelles… but also entrepreneurial and financial in the creation of the Gallery back in 2008.

This creative adventure could not be achieved alone! And especially without his alter ego, his exhibition partner, his blonde partner! Carole ! The Robinsonnes were born!

These years of creative meetings that become friendships, joyful openings and advice to satisfied clients are a privileged and priceless journey!

Do you like our gallery?
Let's keep in touch

Subscribe to our newsletter and be the first one to receive new art available.